Smart Lighting: Is it time to believe the hype? 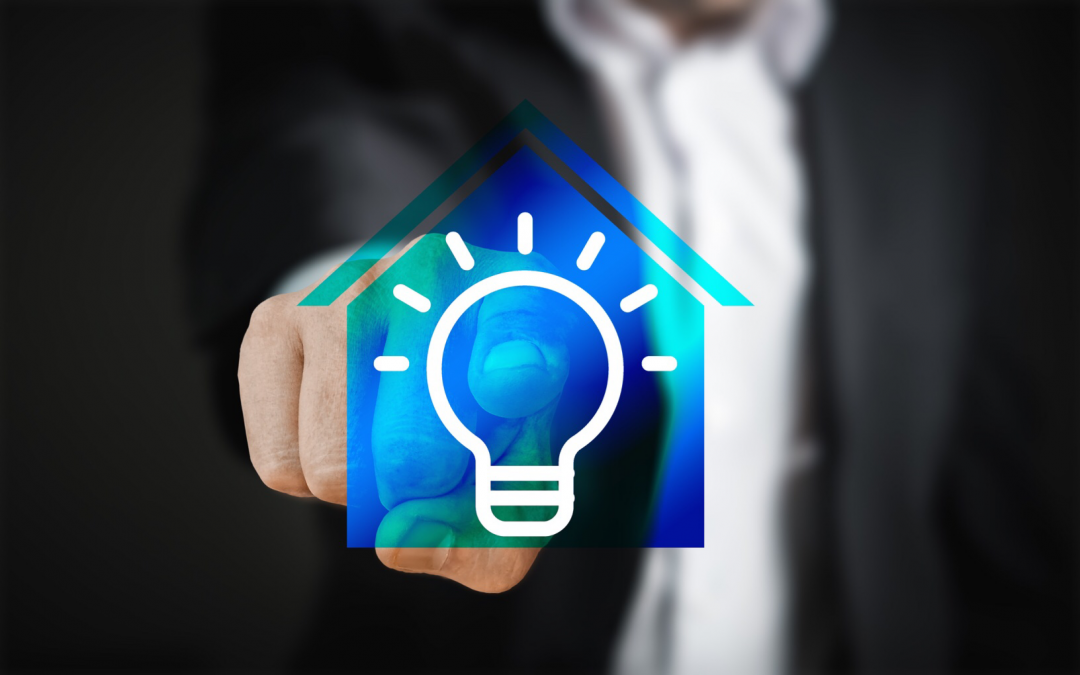 The best part of a decade has passed since I first had conversations about Smart Lighting.

These discussions soon led to serious product development, and in 2014 I launched a range of Bluetooth lamps for a major manufacturer – their first toe-dip into the smart lighting waters.

Only, I wasn’t alone. From the exhibition halls at Light & Building to the pages of every lighting magazine, smart-lighting was everywhere. Bluetooth integrated lamps, with their ‘plug-and-play’ simplicity seemed as though they would dominate the consumer market at least, for years.

However, even though the hype continues to this day, the last four years can be viewed with a hue (pun intended) of disappointment. The cold, hard sales all of us predicted for Smart Lighting have not occurred and it’s time to take stock.

The Struggle to transform into an IoT company

Signify the world’s largest lighting company is feeling the pinch. The company that brought us possibly the most all-encompassing smart lighting solution – Hue – is continuing to struggle with its transition into an IOT (Internet of Things) Lighting provider. Indeed, as reported in LEDs Magazine Signify’s “sales fell 5.3% to €1.59B ($1.81 billion), from €1.68B ($1.91B) in the same quarter a year ago, with comparable sales dropping by 3.2%. Net income tumbled 15.1%, to €93M ($106 million) from €110M ($125M).”

Another major player in the connected lighting market – Osram has also had to issue profit warnings this year, with the slow development of the consumer market thought to be a contributing factor.

But despite the slower than expected uptake of smart-lighting, there are signs that maybe, just maybe, the wheels of mass adoption are turning.

The development of connected infrastructure and “smart cities” continues to drive adoption at a commercial level – there are currently more than 500 “Smart Cities” being developed globally.

As part of these infrastructure improvements, there is an increased demand for intelligent street lighting systems, and a growing awareness in general of the energy saving prowess of LEDs that is beginning to drive market growth.

Geographically speaking, the Asia-Pacific smart lighting market is predicted to see the highest CAGR in the coming years. According to the report ‘The expected construction of ~200 million homes in China and 18 million homes in India is likely to provide several new opportunities for energy-efficient lighting and home automation in the next few years in this region.’ 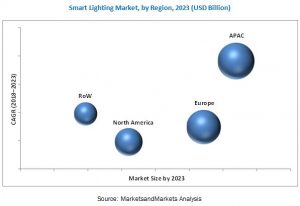 There are positive signs for adoption of smart-lighting in the home too. McKinsey reported a CAGR of 31% in the number of ‘connected homes’ appearing in America between 2015 and 2017.

It also stands to reason that, as consumers begin to embrace smart hubs such as Amazon Echo, Google Home, and the Hive Hub, adoption of other connected products will follow.

A Research and Markets report  predicts that the global smart hubs market will grow at a CAGR of 5.25% during the period 2017-2021 due to an array of factors including the increased accessibility and affordability of voice activated smart hubs such as Amazon Echo. As more and more homes embrace IoT technology, it seems only a matter of time before “Alexa, dim my lights” becomes a ubiquitous phrase.

Indeed According to LEDinside, “residential lighting accounted for 23% of the global smart lighting market in 2017, and the share will rise to 31% in 2020. LEDinside believes that smart home and smart lighting will promote and facilitate each other, so smart lighting in residential fields will have the fastest growth in the next few years”.

The launch of Bluetooth mesh at Lux Live last year heralded a new opportunity for the technology to realise it’s early promise. Mesh protocol has the power to transform lighting control with applications across all possible commercial, industrial and residential information technology uses. This brings great potential for the lighting industry as the mesh technology means smart lights can cover large areas and could be applied to commercial office space, retail stores, warehouses and almost any other application you can name. This is key and means mesh could help drive IoT lighting.

While the smart lighting hype has undoubtedly flattered to deceive thus far, there are bright spots and signs of life. I’m seeing a general momentum shift towards mass adoption of smart technology that undoubtedly bodes well for the lighting industry. Perhaps it will soon be time to believe the hype after all.