Is LED the holy grail for street lighting or unfit for purpose? 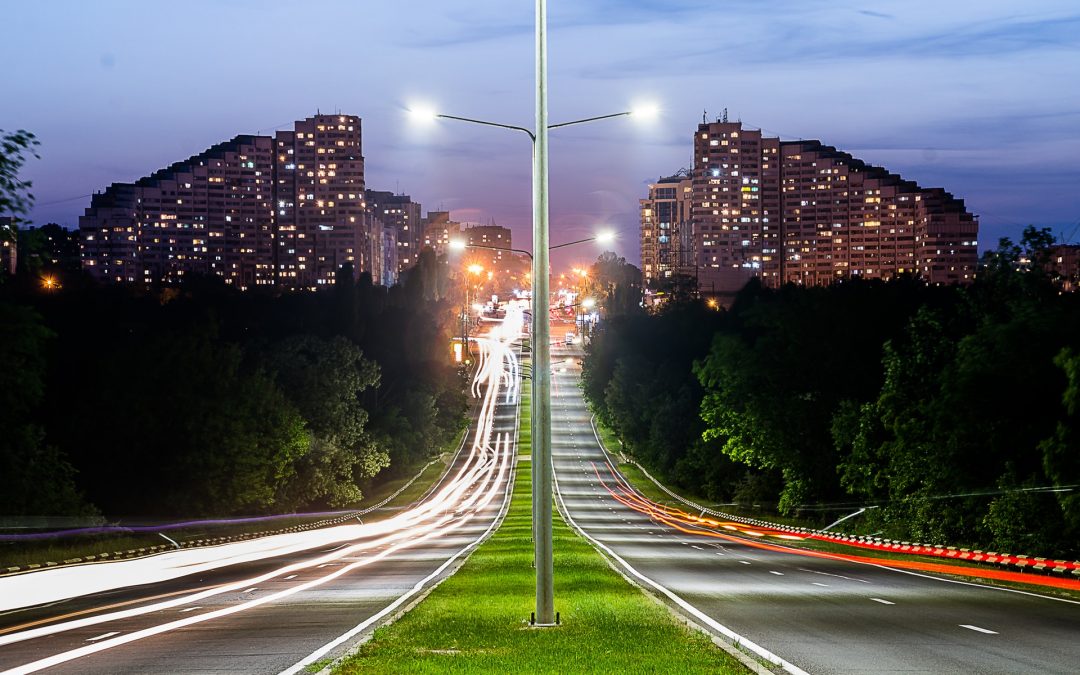 The advancements in LED quality, new smart controls and the potential development of smart cities has seen the roll out of LED street lighting continue apace. Amazing new schemes are springing up with regularity, across the globe. According to CSIL lighting consumption figures for 2017, street lighting was the second biggest sector, behind only consumer lighting.

From an environmental point of view, I’m all for the developments. Energy efficient street lights are a way to save a good chunk of CO2, whilst lighting on demand can offer additional savings and safety benefits.

Indeed, there have already been several LED street lighting success stories. A concept created through Speirs + Major in a design competition has seen a 2km stretch of road in Helsinki adorned with LED streetlights that change colour throughout the day. If the planned installation of a further 1,000 luminaires goes ahead over the next year, the project will become the largest colour-tuning street lighting deployment in the world.

Meanwhile, over in the Municipality of Helmond, Netherlands, Motion-detecting units are used to create ‘street lighting-on-demand’ when passers-by, cyclists or cars are detected in the vicinity. It’s a great way to keep people safe during dark hours whilst also reducing energy use and costs.

And of course we have to mention our friends across the Atlantic (who started the LED street lighting revolution). Where in Montreal, 50,000 LED street lights are being installed, the installation includes a smart lighting management system that “allows for real-time measurements of energy consumption, the adjustment of light intensity based on weather conditions, based on traffic or during outdoor events, as well as for swift intervention in the case of broken or malfunctioning streetlights”.

However, it’s not all ‘sweetness and light’. And LED street lighting is certainly experiencing teething problems.

In 2016, the American Medical Association (AMA) moved to issue guidance on how to “reduce the harmful human and environmental effects of high-intensity LED street lighting.”

They suggested that the wavelengths blue-rich LED streetlights operate on suppresses melatonin at night and that the impact of LED lights on circadian sleep rhythms is five times greater than conventional street lamps. Surveys cited by the AMA have linked these impacts with reduced sleep times and quality, impaired daytime functioning and even obesity.

A major study in New Zealand also suggests that animals, as well as humans may also suffer from harmful effects of over-exposure to LED, including a heightened risk of depression, obesity and cancer.

The report “Blue Light Aotearoa”, released by the Royal Society Te Apārangi, shares international concerns that ‘exposure to blue light outside normal daylight hours can disrupt sleep and our circadian body clock, leading to a slew of negative health effects’. And our furry friends may indeed suffer in the same way.

“The timing of day length and the lunar cycle are things that animals can use to navigate and do certain activities. Under light pollution, that can be masked entirely.”

During the study, when breast-cancer-prone mice were exposed to light/dark cycles that simulated shift work, they were found to have a higher rate of tumour development – although studies were only “preliminary”.

Another report by the Barcelona Institute for Global Health and the University of Exeter linked blue light from LED street lights to a ‘significant increase’ in the risk of breast and prostate cancer.

Whilst protests from residents in Seattle, USA has seen the municipality decide to replace its 4000K LED street lights with warmer 3000K versions.

For balance, it’s important to note that there are plenty of studies out there that debunk theories on the levels of blue light in street lights being harmful to people’s health. Ian Ashdown, chief scientist for Lighting Analysts, for example believes that

“The exposure time necessary [to blue and ultra-violet light] to do damage was equivalent to staring at the tropical noonday sun for 15 minutes without blinking.”

There are also steps we can take from a legislatory point of view, in order to better regulate our lighting levels. In France, for example, a new decree came in to force on January 1, 2019 that appears to limit all street lighting to 3000K. The new rules also make provisions for more sensitive areas where only 2700K or 2400K colour temperatures are permitted. Maximum lux levels are apparently held at 20 lux in most cases.

While this isn’t specifically pointing the finger at, or restricting blue light, sticking to the above levels will vastly reduce citizens exposure to it – and make for a more comfortable environment. Creating blue-light restrictions in all but name.

But wherever you stand on the potential negative health impacts, there are plenty of practical negatives to current LED street lighting installations.

Personally, I tend to experience more glare when passing through an area with LED street lights and it restricts my ability to see into the shadows. I think it’s a combination of the blue light and glare that affects my night vision making it harder to discriminate objects out of the direct light.

The light levels on the roadway no doubt comply with regulations but the optics are not single systems anymore, they are now made up of a number of LED modules each with lens optics around an array of intense LEDs and I suspect that this somehow multiplies the glare. Put this together with the typically cool white colour and a peak in the blue then maybe it starts to account for my negative experience. Perhaps we need to look into the design of multiple module optical systems and the effect on glare. We could also imitate the softer sodium light of the past which improved contrast in poor visibility and it has almost no emissions in the blue region.

To be clear, I don’t believe the way forward is to go back to the low pressure sodium approach of the past (although this extreme points the way for more research) and clearly we must avoid advocating a monochromatic approach purely to justify a lower cost solution. The answer is a better understanding of the middle ground.

What does the future hold?

LEDs magazine report that Soraa is developing LEDs that use a violet emitter to remove potential emissions from the blue region that is known to be a hazard.  It may of course still produce a UV peak harmful to insects and animals so more holistic research is essential, but a combination of this kind of technology with better glare control and adjustment to the lighting levels themselves (such as the French legislation) is surely needed if we are to see LED street lights succeed long term. Otherwise, the residents of Seattle will soon be followed by many other disgruntled populations, seeking to roll-back lighting ‘advancements’ in favour of the warmer, less glary lighting they’d grown accustomed to.