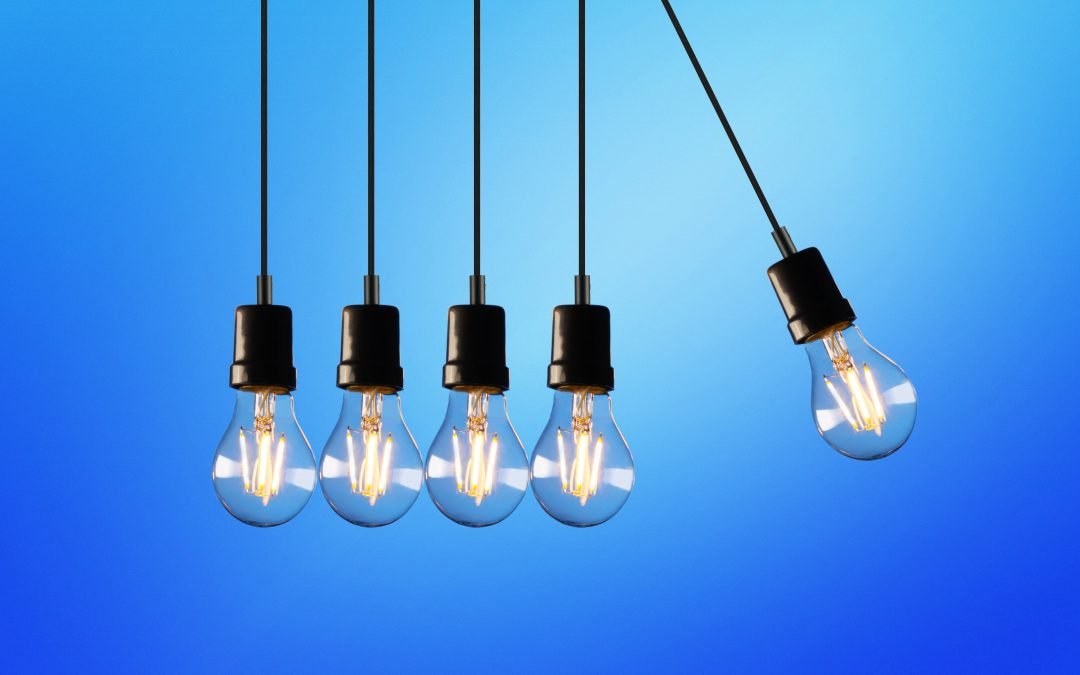 When the first Bluetooth LED lamps were launched over five years ago, it felt a bit like they had taken the market by surprise, rather than ‘by storm’ – as many had expected.

What had seemed like an excellent idea – Bluetooth speakers were gaining traction, why not lighting? – Just didn’t really take off.

Why didn’t Bluetooth lighting take off?

What were the reasons for this? Well, with the benefit of hindsight, perhaps it was a bit ‘too much too soon’ for the average consumer. Regular LED lamp adoption was nowhere near the level it is now, prices were higher, and people were still wrestling with the equation that somehow spending £10 on an item that used to cost them £0.60 would actually save them money. Whilst for the lighting professional the limited range of the original Bluetooth lamp was perhaps a stumbling bloc to adoption for lighting schemes.

It was a similar story, back then, for ‘smart home’ tech adoption. In some ways, it still is.  A wide range of smart home products that have sprung up in the meantime – we’re no longer just talking about Bluetooth speakers. Now almost anything from door locks to kettles can be controlled via a smart device. But is adoption really ‘there’ yet? I’ve still not been to anyone’s house and had a cup of tea that used boiling water from a Bluetooth-controlled kettle!

A new dawn for Bluetooth

Much like in 2014, there is the hope that this time around, the well-executed launch of a mainstream-friendly Bluetooth lighting system could drive smart-home technology adoption rather than ride on its coattails.

Enter, Signify. This isn’t intended as a commercial for Signify by any means, but when the industry leader finally jumps on a Bluetooth bandwagon that began rolling some five years ago, it’s important to take note.

Signify Hue lamps have long been famous for their colour changing capabilities and were seen as the leader of the ‘smart lamp’ revolution, when they launched originally in 2012. I’m sure if you asked Philips or Signify who now make the lamps, they would tell you that adoption has been slower than they expected.

Perhaps adoption of colour changing lamps is always going to be restricted to fairly ‘niche’ markets, or maybe it was the slightly higher than ‘entry level’  tech knowledge required to install the system originally that has prevented mainstream adoption. Although, in reality, anyone capable of setting up a broadband hub should also have been able to get their Philips Hue hub up and running without breaking a sweat.

So what has changed?

Firstly, Signify adding Bluetooth to Hue will mean users won’t have to worry about a hub – anyone with a Bluetooth enabled smart device will simply be able to ‘plug and play’ – opening up a whole new avenue to mainstream adoption.

The fact Signify have decided to integrate Bluetooth is a big step forward for the protocol. Even a quick search for stories on the launch might give us a clue as to the success of the new product –  the majority of publications are clearly consumer focused; Cnet, PC Mag, Gizmodo to name but a few.

The only surprise to me is that it’s taken Signify this long to launch Bluetooth enabled Hue lamps!

Another change to the overall tech landscape that may herald a renaissance for Bluetooth smart lamps is that hitherto, Bluetooth had really been the ‘nearly man’ of protocols. This perception is increasingly changing however.

I first launched a Bluetooth bulb over five years ago to much fanfare but little commercial success. Even then, most smartphone devices were equipped with Bluetooth, but nobody really knew what it was for!

However, Bluetooth has now become ubiquitous. While its rapid adoption within the smartphone market has meant almost all of us have been used to having at least one Bluetooth device in our pockets, the new trend of removing headphone jacks has finally given us a use for it. It’s also driven incredible growth in the Bluetooth peripherals market – anyone who’s noticed the amount of AirPod ‘flexing’ going on across the nation’s high streets can attest to that!

This realisation that Bluetooth is actually useful is driving curiosity, interest and adoption with 5.2 billion Bluetooth devices expected to be shipped in 2022.

Bluetooth lighting installations are happening in the industry too. Perhaps the most high-profile case came when entrepreneur Elon Musk approved the installation of a Bluetooth controlled LED high-bay system at his Tesla electric car factory.

Even the famous Westminster Abbey has gone Bluetooth!

According to John Bullock Bluetooth is perfect for heritage sites like Westminster Abbey, he said;

“Local control without cabling is a major advantage in a heritage installations, I recently used conventional Bluetooth control in a stone barn in Dorset for this very reason, the fact it is not hub connected means it is also secure and it is future proof if the switch plate has to be moved because it is wireless.

One of the beauties of this installation was the familiarity it provided for the client, the wall controls looked like traditional rocker switches and the bespoke linear fixture provided both uplighting into the original timbers and downlighting into the kitchen area but had the added benefit of tunable-white control.”

There is also another development that could tip the scales towards 2019 being the year of Bluetooth mass adoption – the advent of mesh technology.

Bluetooth Mesh was only ratified by the Bluetooth Special Interest Group (SIG) in the summer of 2018 – after years of research and development.

Essentially, Mesh exponentially increases the range Bluetooth can cover far, far beyond the current 10m we are used to with regular Bluetooth.

Instead of Bluetooth enabled products needing to ‘talk’ to, and therefore be in range of one enabled smart device, they can now relay the signal from product to product (or in the case of a lighting installation, from lamp to lamp) at the speed of light.

As well as adding scalability to Bluetooth installations, Mesh also increases their reliability as there is no longer a single point of failure. If one Bluetooth emitter in an installation fails, for example, the mesh will be strong enough to keep the rest of the installation going.

It’s also important to note that the license cost of Bluetooth is a fraction of that of other protocols such as Zigbee, giving it a clear advantage over its competitors now it has the range of Mesh.

Whether the launch of Bluetooth Mesh and Hue enabled Bluetooth lamps, riding the crest of an overall wave of Bluetooth Peripherals adoption, will drive mass adoption of smart lighting is yet to be seen.

But it certainly appears that Bluetooth technology itself may be about to shake off its ‘nearly man’ tag once and for all and prove the predictions right. 2019 may yet be the year of Bluetooth!